Has occurred multiple times on this device now.

Interestingly, has never occured on my other Nexus running the same FRF50 build.

SMS was sent to recipient who there had been no contact with and no threads in messaging.

This issue is way more widespread than what is respresented here, please review the comments at this page, where users are very detailed in reporting the issues they are experiencing.

Text being sent to unintended recipient, when responding to an existing conversation(text). Unintended recipient is NOT someone I have ever sent a text to previously. The 2 contacts in question do not have any similarities in the digits of their numbers, other than the area code.

Cross posting with my post from the Google Help Forums:

My steps to replicate are as below.
Seems to be pretty consistent that the message sent in step 09 will go to a random contact; in my limited testing, it usually goes to the number involved at steps 05 and 06.
01) Stop Messaging App.
02) Clear Messaging App data
03) Access messaging app, send messages.
04) Establish messages were sent to correct addresses.
05) Send message to a number not in your contacts.
06) Reply from the number not in your contacts (I haven’t established if this is a required step yet)
07) Read reply, don’t delete thread.
08) Send SMS to your device, from another device that is in your contacts.
09) Reply to SMS.
10) Check message details of your sent message.
11) Repeat steps 08-10 a couple of times.
A factor in this, is I think it might only be short numbers that cause this issue.
I’m using my banks automated SMS service (880).

This would explain why it happens when people have facebook/twitter SMS notifications enabled.

I’ll debug it all properly on the weekend when I have some time.

This issue is listed as “Priority-Medium”, I think this is totally wrong. For a phone send messages to the wrong person may be very harmful to the user as a human. This just means the phone cannot be trusted anymore. How to bump up the priority?

I have experienced this problem a few times. And I do not have facebook or twitter on my phone either. It’s actually a relatively new phone (Samsung Vibrant). To list this issue as “medium” is a gross understatement. This is much worse than iphone’s drop call problem. And there is no pattern in picking the wrong recipient. I actually think it’s an OS lag issue. Last time it happened I caught it before it sent the SMS (because in my SMS window I saw the wrong recipient showing on top, while I was in a thread window with someone else) and I let the phone sit for a few minutes. When I went back to my thread window, the correct recipient name was at the top once again.

Except somewhere along the way, Google seems to have forgotten first and foremost Android phones need to be phones. And that is why I’m seriously considering making the move to Blackberry or Windows Phone 7. For the last six months now I’ve been dealing with a huge flaw that makes my phone unusable for SMS texting. From what I’ve been able to tell using analytics provided by Google’s developer site, as many as 77% of Android phone users are at risk of having their text messages sent to a random contact.

That sounds unlikely right? I mean you pay upwards of $200 for a smart phone, and next to making phone calls, sending SMS text messages is probably the most used feature of the phone. But it’s true, and if you don’t believe me just type “android SMS wrong contact” into Google’s search engine and see how many hits you get. It’s astounding. It’s happening. And Google seems to be ignoring it altogether. 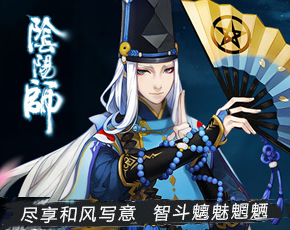